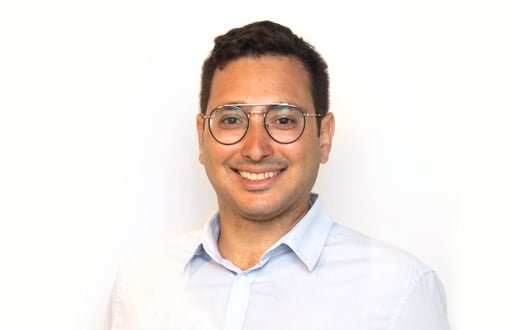 Eliad is an associate in the firm’s Kibbutz Sector Department.

Eliad represents kibbutzim, moshavim, and cooperative societies in all real estate areas of the kibbutz sector.

Eliad provides legal advice on planning and zoning processes, transactions in the kibbutz sector, changes in land zoning, regulation of use, tourism, and commercial projects.

How to Arrange the Inheritances of Agricultural Farms

Many landowners in agricultural communities (moshavim) find themselves wondering about the future of the family farm once they have passed. Questions such as how can the estate be bequeathed, to whom, and what the parties who are not gifted the farm might receive arise frequently in such cases. Because the agricultural farm is the primary asset of these families, the Israel Land Authority decision mandating that only one heir may inherit the farm makes the equitable division of the estate among heirs difficult. There is no doubt that bequeathing an agricultural farm is more complicated than bequeathing an urban real estate property, as it is subject to laws, agreements, protocols, and regulations unique to the agricultural sector in general and to land in particular.

Who May Inherit the Farm?

Currently, based on the language of the new lease agreement for the inheritance of land (in relation to plot A in worker’s moshavs), if the rights holder to the land has died and there are several heirs to the land, the rights shall pass to one of the heirs as agreed upon by the remaining heirs (and if there is no agreement between the heirs, an heir designated by the court, in accordance with the Inheritance Law).

Under the Inheritance Law, the rights to the land shall be conveyed to an heir willing and able to maintain the farm, who must comply with requirements set by Israel Land Council resolutions as well as with Israel Land Authority procedures. Should the heir be ineligible to inherit the land, he must convey the rights to another heir that may take the rights, subject to the lease agreement, ILC resolutions, and ILA procedures.

Thus, currently, a spouse has no inherent entitlement to take control of the farm after the death of a spouse, but rather only a first-in-line right in relation to other heirs. This is if the spouse is willing and able to maintain the agricultural farm.

As a result, one of the possible solutions for solidifying the right of a spouse to inherit the farm is the creation of a mutual will, which grants to each spouse the rights to the farm upon the death of the other spouse. In such cases, according to the ILA’s regulations, the provisions of the will shall prevail, as long as the heir meets the ILA’s requirements.

An interesting case concerning a mutual will for an agricultural farm was considered by the family court in 2013. In that case, the parents executed a mutual will while they were alive, whereby one of their daughters would receive their rights to the agricultural farm, as long as that daughter became the caregiver of their other daughter. Sadly, after the father’s death, the daughter designated to inherit the farm was murdered and the mother executed a new will in which she bequeathed the farm to her granddaughter, who was not the daughter of the murdered daughter, in contradiction of the mutual will signed by the father before his death.

After considering the relevant factors, the court ruled that the latter will should be held valid, because, inter alia, at the time of his death the father could not have bequeathed the farm to anyone who was not his spouse under the agreement between the moshav community and the ILA. In addition, the implicit intent of the parents in the will was to bequeath the farm to their daughter under the condition that she care for the other daughter, a condition that could not materialize under the tragic circumstances of the case.

What May Additional Heirs Who Do Not Inherit the Farm Receive?

The Inheritance Law stipulates that the heir who receives the farm shall compensate the other heirs to the extent that the value of the farm exceeds his share of the estate.

As we know, the sale of an agricultural farm is generally not profitable since most of the funds paid by the buyers are ultimately used to cover mandatory fees and taxes, such as purchase fees, sales tax, VAT, agreement fees, betterment tax and fees, old debts, building irregularities, and irregular use fees.

While an inheritance is not considered a tax event, the trend in case law is that heirs who receive monetary compensation (rather than the farm itself) shall be subject to full taxation for the farm as early as the date of inheritance. In other words, assuming the rate of the mandatory fees and taxes listed above amounts for a particular farm to 70%, the additional heir (who does not receive the rights to the farm) shall receive about 50% of the gross share of the farm, which is only about 15%!

The heir who inherits the farm, on the other hand, has the right to reside on the farm for life, which on its face equals more than 15% of the value of the farm, and shall pay the mandatory fees and taxes only upon the sale of the farm.

How to Equally Distribute the Farm among Heirs

One possible solution for preventing inequality between heirs is establishing the rights to the residential plot by signing a lease agreement in accordance with the resolutions of the Israel Land Council, which eliminates the need for engaging with the ILA. An even more advanced solution is the purchase of all the residential rights to the farm, which constitutes a significant step toward ownership of the farm's residential plot. (In conflict areas and the Gaza envelope, where discount rates apply, a purchase is far more profitable.)

Anchoring the rights provides a real possibility for passing the farm on to the next generation by adding a third home on the land and eliminating the need for intergenerational succession, between parent and child, and thus the possibility for splitting up to two plots (according to the community building plans). This option allows for partial realization of the land, according to need and circumstance, and reduces the overall tax liability.

In the event of a plot being split for purposes of sale, construction of a residential home on the divided plot prior to its sale allows for reducing betterment tax upon sale even further (and in certain instances the buyer’s purchase tax, too).

Consequently, dividing the farm between more than one heir, along with executing a will and family agreements while all family members are still alive, prevents a situation of only one heir taking control of the entire farm, while harming the other heirs who would only receive low compensation. Dividing the farm may also significantly reduce inheritance tax liability, as the compensation the heir of the farm would pay will be calculated only according to the costs of the division.

The decision on how to bequeath a farm poses a difficult challenge for farm owners. The goal should be to make a decision that causes the least harm to family relationships and dynamics, and which prevents rivalries and disputes between family members.

Proper planning of the farm's future, by executing a will customized to the specific farm and its heirs and taking action to divide the land to plots while still alive, allows for a more equal distribution of the farm, reduces heirs' tax liabilities, and helps preserve the fabric of family relationships even after we are gone.

See all news of Eliad Israel >