Facing A Criminal Investigation? Why It’s Important to Consult an Attorney Beforehand 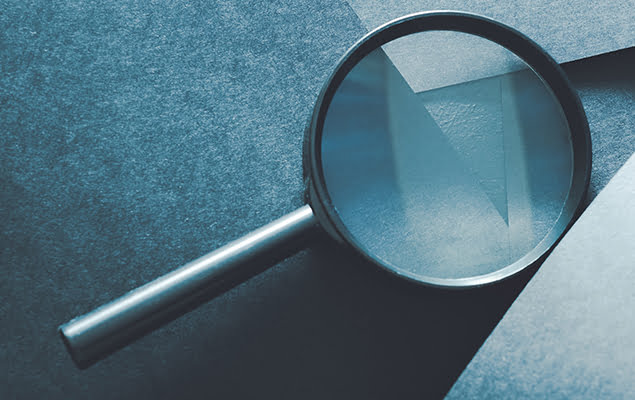 Most people’s frame of reference for criminal investigations is Hollywood films or detective television series. In such fictional stories, the scriptwriter often divides the suspects under investigation into two categories.

The first is the sophisticated interrogee, usually a public figure or a person of financial means, accompanied by an attorney who objects to any difficult question posed to the client. After a short while, the frustrated interrogators give up, and the interrogee exits the police station grinning and smug at the attorney’s performance against the investigators.

Unlike in American films (and the American criminal justice system), it is not customary in Israel for a defense attorney to be present during an interrogation, and the suspect must usually contend with interrogators’ questions alone. However, Israeli interrogators have a duty to warn suspects at the interrogation’s outset of the suspicions they are being questioned about and to inform them that they are entitled to consult an attorney as well as to remain silent. (Witnesses are not entitled to such rights, but that is out of the scope of this article.)

A criminal investigation may be conducted not only by the police but also by different government agencies, including the Israel Securities Authority, the Israel Tax Authority, the VAT Authority, and others. These agencies all have investigative, search, and seizure powers (and usually operate in collaboration and with the support of specialized departments in the prosecution relevant to the area of expertise and authority of the investigating agency). Furthermore, they all, without exception, have the duty to warn suspects before the interrogation begins and inform them of their rights.

The necessity of suspects exercising their right to consult an attorney cannot be overstated. Should you be so unlucky as to arrive at an interrogation room, you would not wish to be standing in the shoes of the “naïve interrogee.” The importance of consulting a defense attorney stems from the courts’ perception that a criminal investigation will only uncover the truth when the suspect first encounters the suspicions and evidence against him, without mediators or intermediaries. Because of this assumption, the general view is that the suspect’s true version is the one given by him first. Going forward, should the suspect offer another version or wish to amend former versions, these later versions will be considered manipulated or calculated, intended to prevent the suspect from being brought to justice, and not as authentic versions of events.

This view is immensely flawed. However, for our purposes, it is important to understand that this view has governed courts since the dawn of time. This is the reason for the critical importance attributed to statements made in an interrogation and the dramatic impact they may have on the rest of the criminal procedure.

This does not mean a suspect who erred during the interrogation, for instance by admitting to the alleged offenses despite being innocent (which happens often), giving inaccurate times, referencing feelings instead of facts (which happens all the time), or mistakenly thinking he may endear himself to his interrogators and have an “off-the-record” conversation with them in the hallway, cannot later mount a proper and effective defense and claim innocence. However, the work necessary to fix the errors made in interrogation at a later stage of the trial will be ten times more difficult than if the suspect had been prepared and conducted himself properly during the interrogation itself.

Much has been written on prepping suspects under criminal investigation. Almost all of these writings attempt to prepare the suspect for what he may expect in the interrogation room, with an emphasis on interrogators’ tricks. However, a suspect’s most important decision after consulting an attorney is whether to exercise the right to remain silent or to cooperate with the interrogators and provide a statement.

Occasionally, a suspect may be lucky enough to be summoned to an interrogation by telephone. In this case, he is able to meet with an attorney beforehand and arrive at the best decision for the matter. However, for the most part, such a consultation takes place only after the suspect has been arrested. After waiting for the defense attorney’s arrival, there is usually only a short window of time, around 30 minutes, for the suspect and his attorney to make an educated decision, one that will determine the future of the defense strategy for the entire criminal proceeding.

In this short amount of time, and assuming the attorney has successfully gotten the suspect out of his initial state of shock (most law-abiding citizens summoned to an interrogation for the first time are in a complex mental state that veers between “if I’m here, I must have done something” and “this is a conspiracy by the police/ISA/ITA”), the defense attorney will ask to hear the suspicions against the suspect, whether he is aware of the matter under investigation (you’d be surprised, but oftentimes suspects do not know why they were summoned for interrogation), and the main points of the suspect’s version. After getting the gist of the suspect’s version, the defense attorney must consider and decide whether this version is reasonable and plausible, and, more importantly, whether the suspect’s mental state will allow him to cope with the interrogators and successfully convey the primary points of his version.

It is important to emphasize that in white-collar crimes, such as insider information or securities fraud, breach of trust, and bribery, the preferable choice is cooperating with the investigation and providing a statement. Though a suspect has the right to remain silent under Israeli law, this right is highly costly. For instance, a suspect who remains silent during his investigation is not permitted to present his statement at the pre-indictment hearing and his ability to persuade the prosecution not to file charges is severely compromised as a result.

More importantly, the suspect’s testimony before the court will be considered with a high level of doubt. The court may very well question his reasons for not stating his case during the interrogation. In the absence of extreme circumstances, such as the use of prohibited pressure tactics during the interrogation or if the suspect was medically or mentally compromised at the time of the interrogation, the court’s willingness to believe the defendant’s version (and the defendant himself) will be very low. Thus, the defendant’s ability to conduct his defense in order to reach a proper legal outcome will be significantly hindered.

We hope the only interrogations you encounter are on Netflix or a movie screen, but should you indeed face such a situation, it is recommended to consult an attorney and conduct your defense properly from as early as the interrogation stage.