Taking Testimony in Israel for Criminal Trials in the United States 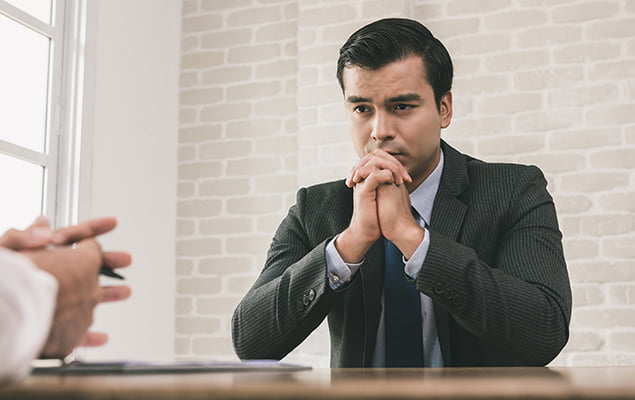 This upswing has significance for any Israeli defendant (whether an individual or a company) being criminally prosecuted in the US who may be concerned that potential defense witnesses he may wish to bring will refuse to testify for fear of entering the US. In that case, a criminal defendant may have his attorney make a motion to collect the testimonies in depositions to be held in Israel in order to resolve this problem.

The collection of such testimony is achieved by convening in a private room. This is usually a law office, where a witness called by the defense or the prosecution gives testimony in response to the questions asked by the party who has called him. The witness is then cross-examined by the opposing party. The deposition is recorded on video with a certified court reporter. The federal court adjudicating the criminal case may then be asked by the moving party to present the witness’s testimony via videotape recording to the judge or jury, without physically bringing the witness to testify in court during the trial.

This is a highly rare occurrence, as the rules of criminal procedure (in Israel and in the US) generally  prevent witness testimony by any other means than “live” before the judge or jury. This stems from the clear and long-standing legal standard that nothing is better than one’s own eyes. This standard suggests the best way to determine if someone is telling the truth is by seeing the witness directly and in person.

However, federal law recognizes there may be instances in which a certain witness is unable to appear in the courtroom, and not allowing the testimony of such witness because of absence may materially prejudice the prosecution or the defense.

One example of this has occurred as a result of the significant expansion of US jurisdiction in recent years to cover prosecution in the US of acts committed outside of it and against citizens of other nations, as well as the expansion of international enforcement of US criminal law by federal prosecutors. Because of this, an interesting situation has developed whereby prosecution or defense witnesses who are critical to one of the parties in proving its claims may be both citizens of foreign countries and located outside the US.

This situation becomes even more complicated when the potential witness is himself a defendant in a case prosecuted by the US, but is located outside of the country and fears entering it. One interesting example of seeking to depose a witness outside the US for a federal criminal proceeding arises out of this exact situation.

Consider the following: A defendant wants a court or jury to consider testimony from a co-worker in the company relevant to the case at hand. However, that same potential defense witness is indicted in the US and fears entering the country. Indeed, such a witness may refuse to testify in the US. Even if there is no indictment against him, due to his involvement in the case, he may be concerned he will be charged and criminally prosecuted if he enters the US. A witness like this would likely refuse to testify on behalf of the defendant. The greater the potential witness’s involvement in the case is, and the more extensive his knowledge of the details is, the more a refusal to testify would irreparably harm the defense.

In light of these circumstances and others, Rule 15 of the Federal Rules of Criminal Procedure was enacted. The US legislature recognized that in situations in which a foreign person is being prosecuted and most of the defense witnesses are located outside of the US, the defendant will not have a fair opportunity to present testimony in its defense, unless the legislature itself offered a solution for those circumstances in which a witness refuses to enter the US.

Moreover, the need to collect testimony under Rule 15 is heightened by the US prosecution’s power to file a sealed indictment. In other words, a witness may enter the US without even knowing there is an indictment against him, because the indictment is sealed, and will only discover this when arrested upon entry. The concern in such a scenario is that it may prompt many critical defense witnesses to refuse to physically enter the US to testify. The defense would obviously be greatly harmed as a result.

In fact, the witness himself may also have a significant reason to testify. First, he may wish to protect the defendant, who was presumably caught by US authorities as his partner. If the defendant is found to be not guilty, it will strengthen the witness’s ability to defend himself or fight a potential extradition proceeding should the US decide to indict the witness and request his extradition.

On the other hand, the witness may have grave concerns that US authorities will use his testimony against him should he face prosecution there. Further, and perhaps even more so, he may be afraid Israeli authorities will also decide to investigate the same case that took place in part on Israeli soil. (This happened in the recent Teva case. Following a plea agreement with US authorities, Israel launched a criminal investigation and a prosecution into the same matter based upon the same set of factual events.)

In such circumstances, the witness requires complex legal support from an attorney well versed in the rules of both US and Israeli criminal procedure, in order to protect him from all the exposures he faces and find creative solutions to the concerns raised above.

A motion to take witness testimony outside the US will only be granted by a US court “in exceptional circumstances and in the interest of justice.” Such a motion will be granted only upon showing the significance of the testimony and if the unavailability of the witness whose testimony is sought is demonstrated.

A defendant must file such a motion through defense counsel and detail in it the reasons why a witness critical for his defense refuses to enter the US. The defendant must also define the level of the testimony’s importance for the purposes of clarifying the facts so that his defense is not prejudiced.

In complex cases, in which there is an open indictment against the witness, the witness may refuse to testify and take advantage of the Fifth Amendment protection against self-incrimination. This is to avoid the prosecution’s ability to use any of his testimony against him at trial. The solution may be filing a motion seeking to exclude the use of said testimony from use against him. However, this would require the witness to have professional legal counsel from Israeli and US defense attorneys who can advise whether such a motion is warranted. Such attorneys will prepare and file such motion, and determine if it has decent chances of being granted.

A significant advantage for the defense is that once a Rule 15 motion is granted, federal prosecutors must furnish the defense or his attorneys with any statement of the deponent in the government’s possession to which the defendant would be entitled at trial. A US defendant is entitled to such statements only very close to his trial (unlike the governing law in Israel). Thus, receiving a version of the statements in advance will allow the defendant and his counsel to familiarize themselves with them and better prepare for trial.

In addition, in light of the fact that the court is not obligated to admit testimony collected in such procedures, and in light of the possibility of an extradition proceeding against the witness, it is recommended that the evidence collection process be accompanied by local attorneys. These attorneys should be experienced in taking depositions of this sort and, if the circumstances require, in extradition procedures.