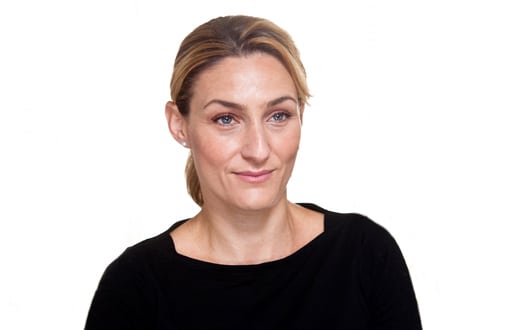 A partner with the firm, Hadar possesses unique experience in the fields of white-collar and regulatory enforcement, both domestically and internationally. Hadar represents individuals and companies in a wide range of criminal and administrative enforcement proceedings, as well as complex commercial litigation, in Israel and the US.

Hadar stands at the front line of Israeli lawyers with expertise in international cases, including ones that involve trials before the US courts. She also possesses unique expertise in leading complex document discovery procedures, in massive litigation cases that involve an exceptionally high volume of discovery materials.

Before joining Barnea, Hadar was an associate in the litigation department of the New York office of Paul, Weiss, Rifkind, Wharton & Garrison and in leading law firms in Tel Aviv.

Hadar clerked at the Supreme Court of Israel for Acting Justice Dvora Berliner and served as an Editorial Board Member of the Tel Aviv University Law Review and as a teaching and research assistant in the field of criminal law.

Member of Israel Bar Association since 2008

Hadar Israeli, a partner in our firm, was interviewed on the Channel 12 television program hosted by Galit Gutman and Yoav Limor. She explained the difference between an extradition and a summons to an interrogation. You are invited to watch (starting at 32:00).

Extradition and Prosecution of Israelis by Foreign Courts

In recent weeks, numerous news articles have reported on the arrests of Israeli citizens resulting from foreign investigations conducted abroad. In one instance, more than 20 employees of a Tel Aviv-based company engaging in forex investment marketing were arrested following an FBI investigation.

Later reports indicate that European countries have arrested many other suspects as part of the same investigation, led, apparently, by the United States. This incident, among many others, demonstrates that the US keeps increasing its enforcement efforts against criminals who defraud American investors, no matter where in the world they commit their crimes.

One cannot help but wonder whether the United States would have invested the same volume of resources against Israelis suspected of involvement with binary options or forex marketing fraud crimes had Israel’s law enforcement authorities stepped up their own efforts and prosecuted Israeli suspects for these crimes in Israel.

Israel’s lax law enforcement policy regarding international white-collar crimes could have a number of implications, some which are not trivial. Some major ones to consider are the repercussions of facing criminal prosecution in a foreign country which in some circumstances can occur even without an extradition proceeding beforehand.

Lee Elbaz and Yukom Communications versus Elizabeth Holmes and Theranos

Within this context, it is interesting to recall the indictment against Lee Elbaz, an Israeli woman and the former CEO of Yukom Communications. Elbaz was prosecuted in the United States on charges of orchestrating a conspiracy to defraud US investors by offering them binary options.

Elbaz was tried before an American jury, despite not being an American citizen, not speaking English as her mother tongue, and never having resided in the United States.

Since cases of women being prosecuted for economic fraud schemes are rare, one cannot help but compare Lee Elbaz’s trial to the trial of Elizabeth Holmes, the former CEO of Theranos. Holmes is currently also being prosecuted on charges related to defrauding investors relating to the lack of veracity of the supposedly revolutionary blood test Theranos developed.

During the coverage of Holmes’ trial, there have been frequent reports of numerous juror replacements due to various difficulties experienced by the jurors relating to the possibility of their contribution to Holmes's conviction. Put simply, “their conscience bothered them.” The court even tried to convince some jurors to remain on the jury panel, stressing that the judicial system needs greater diversity of opinions and views because it contributes to achieving justice.

One cannot help but wonder if an American judge and an American jury are capable of feeling that same sense of identification and compassion when the defendant is a foreign citizen. Unlike Elizabeth Holmes, Lee Elbaz was not born in the United States, nor was she raised in Washington DC; her father was not a Vice President of Enron, her mother was not a staff member of the United States Congress, and Elbaz did not study at Stanford. She does not even speak fluent English.

Therefore, several important questions arise: Can a jury from a country other than that of the defendant and who shares no common cultural background or language with that defendant really be considered “an impartial jury” or “a jury of one’s peers”? Two additional salient questions follow: Do Israeli law enforcement authorities owe a certain moral duty to their citizens not only to ensure that offenders come to justice, but also, to ensure that they come to justice before an Israeli court whenever there is a nexus between the crime and the Israeli public interest? Do Israeli law enforcement authorities have a certain moral duty to do so even if the evidence was collected during an investigation conducted by another country, in order to avoid prosecution of Israeli citizens before a foreign court? Lastly, are Israeli courts obligated to consider the repercussions of prosecution of Israeli citizens before foreign courts before granting extradition, even in cases where the requesting country is one with a judicial system that is recognized as “procedurally fair” according to Israeli law?

One does not need to refer to literature or research to corroborate what we already know instinctively: we feel less empathetic towards anyone who doesn’t belong to our own “social or cultural camp.” On the one hand, one can argue that when a defendant from another country is on trial, the jury may be more objective. On the other hand, it is hard not to deduce that prosecuting a foreign citizen in a US court contradicts the US Constitution’s objective in anchoring the right to be tried by “a jury of one’s peers,” a term American case law has interpreted as “a jury comprised of fellow citizens.”

Arrests in Israel during the FBI’s forex fraud investigation

Thus, there are significant differences between the situations of those arrested in Israel and Elbaz’s situation, even though the suspicions on which their arrests were based (according to press articles) may result in similar indictments.

For example, inter alia, Elbaz is serving out a long sentence in federal prison in the United States because she did not get to benefit from the rule whereby a country that wants to extradite a person from Israel must commit to return that person to serve his or her sentence in Israel if found guilty and sentenced to incarceration. If Elbaz will want to be transferred to Israel, she will have to file a motion for that purpose and withdraw the appeal of her conviction.

These circumstances have a dramatic outcome – the difference between serving a long prison sentence in a country that is not your home, where you have no family to visit you and do not speak the native language – all because of a meaningless and arbitrary factor, such as voluntarily entering the United States, as opposed to being extradited from Israel to the United States to stand trial.

Considering these various issues, it appears warranted to reconsider the relative ease with which foreign countries acquire jurisdiction over foreign citizens, the repercussions of being prosecuted in a foreign country on the rights of suspects and defendants, and finally, the impact of Israel’s lax law enforcement efforts related to offenses with international aspects on the rights of Israeli suspects and defendants.

These issues also highlight just how important legal representation is during the stages of arrest in a foreign country or during extradition proceedings, especially the ability to present arguments before the courts that will compel them to consider the implications of sending a person to stand trial in a foreign country.

Adv. Hadar Israeli represents individuals and companies in a wide range of criminal and administrative enforcement proceedings, as well as complex commercial litigation, in Israel and the US.

With the outbreak of the COVID-19 pandemic, the United States government enacted the Coronavirus Aid, Relief and Economic Security (CARES) Act. The volume of assistance, totalling USD 2.8 trillion, provided financial aid to individuals and organizations facing economic hardship and access to loans with convenient terms for the purpose of paying salaries and other specific expenses under a program called the Paycheck Protection Program (PPP). Many Israeli companies operating in the United States also submitted applications for grants and loans under the PPP.

The initiative, while commendable, also opened the door for those seeking to exploit the government assistance to commit fraud and deceit.

These acts led to some of the most expensive white-collar criminal investigations in US history. The vast investigative resources allocated by the government for this effort continue to produce results. Hundreds of indictments were filed last year for acts of fraud relating to CARES Act financial assistance.

The speed at which US prosecutorial authorities conducted investigations and filed indictments in these cases is extraordinary. White-collar investigations usually take months or even years until authorities can determine what crimes are indictable and who was responsible for them. However, the first CARES Act fraud cases were quickly investigated and indictments on fraud charges were filed within a few weeks, after the initial loans were provided in the spring of 2020.

The US Department of Justice announced that the rationale behind its high-speed efforts is deterrence. Considering that more than USD 800 billion are in play through the PPP, the US government wants to make it crystal clear to borrowers who might be tempted to exploit the program of the repercussions of committing fraud. The sentences being handed down in these cases are also quite harsh (from 18 to 40 months of incarceration).

The speed of the investigative efforts, the filing of indictments, and the harsh sentences reflect a strict policy, which the Biden administration is clearly continuing. The enormous resources allocated by the government continue to be channeled toward exposing additional fraud crimes relating to the CARES Act.

This strict policy and the fact investigative and enforcement efforts do not appear to be slowing down may also affect Israeli companies operating in the United States. Israeli companies that filed applications for CARES Act assistance may face requirements to provide explanations on the details of the activities they declared in their loan or grant applications, or about their uses of the assistance funds.

We advise companies that received requests from law enforcement authorities in the United States, or that worry the authorities might contact them, to consult with attorneys specializing in US law, particularly administrative enforcement and white-collar crime.

See all news of Hadar Israeli >