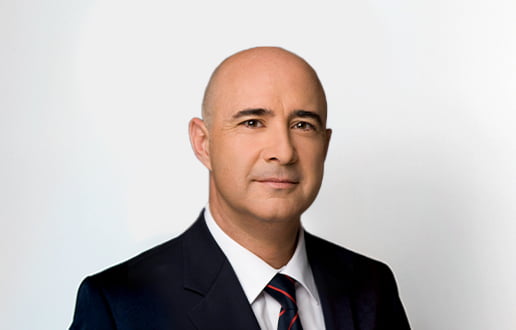 Niv Polani possesses more than thirty years’ of experience in the legal and banking worlds.

Niv also served as the General Counsel and Head of Regulatory Affairs of one of Israel’s leading credit card companies.

Niv served as the President of the Israel Chapter of the Association of Corporate Counsels in Israel. He is recognized as one of the leading lawyers in the banking and payments sector.

Niv’s vast experience has produced a unique set of skills. He offers a combined legal, regulatory, and corporate perspective, resulting in comprehensive solutions for his clients’ issues.

For the past decade, Niv has acted on behalf of his clients in civil and criminal claims, as well as managed some of the most complex and high-profile transactions in the Israeli financial world. In addition, Niv has spearheaded significant efforts in the Israel regulatory environment, whose mark is evident today.

Member of the Israel Bar Association since 1997

The investigation of the Meron disaster raises an important legal question regarding the connection between responsibility and accountability. The Israeli Supreme Court answered this question recently in a completely different context, in the judgment it handed down in April 2022 in the Euro-Trade Ltd. case.

The Euro-Trade case made headlines in 2015 when investors alleged they lost their money due to illegal actions committed by the company and some of its managers.

Questions arose during this case regarding the Israel Securities Authority’s regulatory performance and about the extent of a government authority’s accountability for the consequences and damages caused because of actions the authority was responsible for preventing or minimizing.

In his fascinating ruling, Justice Neal Hendel found to hold the ISA also accountable for damages caused to investors who were customers of Euro-Trade, and determined that it must bear the consequences of its actions (or omissions), but his position was not adopted. In its summation, the court found two key failures in the ISA’s actions.

The first failure was that the ISA “dozed off while on duty.” According to the court, the ISA failed to check whether Euro-Trade had fulfilled its obligation to discontinue its operations. In actuality, the company continued receiving and “investing” customers’ money. According to the court, the second failure is the six-month time frame it took the ISA to take action to issue an injunction against the company after it discovered the company was committing offenses.

These failures prompted several investors who lost their money also to sue the ISA.

Both the justices holding the majority opinion and the minority opinion agreed the ISA should have taken more vigorous action to warn the public, as well as faster action to shut down Euro-Trade’s operations. The disagreements between the judges’ positions related to these two issues: criteria for determining if a regulatory authority’s action is “vigorous” and if it is in the public interest to punish a regulatory authority that “dozed off while on duty” and impose the payment of a fine or compensation.

The majority opinion took a more “forgiving” stance toward the ISA and toward all regulatory authorities. It set a very high bar (that will probably never be reached), determining that only if a party can prove egregious negligence on the part of a regulatory authority that nearly exclusively results in damage is it possible to demand that the authority bear the consequences of its actions.

Another, more fundamental, principle should also be considered, i.e., personal example. In other words, anyone who sets rules of conduct must demonstrate through its own conduct that it is also abiding by them. However, the court released the ISA from this fundamental principle and its ruling did not even compel the ISA to re-examine its actions or adopt a voluntary internal enforcement program.

In its ruling, the court essentially allows regulatory and public authorities to act as they deem fit and to receive the court’s protection even when their actions result in substantive damages.

Will the court also adopt this approach when it examines the extent of government authorities’ accountability for events in which there is proof they failed in the performance of their responsibilities? Will those accused in the Meron disaster be able to take shelter under such a protective umbrella? Time will tell. However, this case already raises another important and burning question. Will such a court ruling contribute to the creation of an infrastructure for stable social and management values—values we would expect to see inculcated in order to maintain stable and reliable public management systems?

Global economic strength is adversely affected by geopolitical risks. Corporations have a duty to be prepared. Click to read Niv Polani’s Calcalist op-ed.

Adv. Niv Polani has more than thirty years of experience in the legal and banking worlds. He held several senior positions at Bank Hapoalim, one of Israel's largest banks, including Vice General Counsel, Chief Compliance Officer, Vice President, and Head of Corporate Development. Niv also served as the General Counsel and Head of Regulatory Affairs of one of Israel’s leading credit card companies. Niv joins Barnea Jaffa Lande as an of counsel and will focus on developing and strengthening the firm's activities in the banking and payments fields.

See all news of Niv Polani >