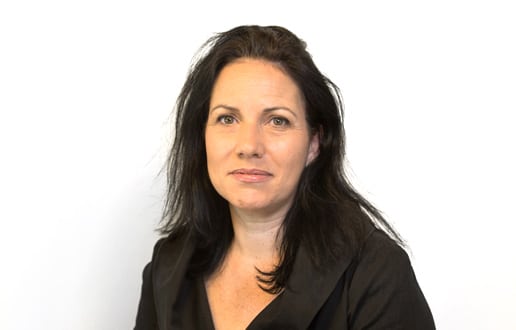 Hagit is a partner in the Capital Markets Department, specializes in securities law, corporate finance, and commercial transactions. Hagit regularly advises some of the largest and leading public companies in Israel on these topics.

Hagit possesses 20 years of experience providing legal counsel. Her clients include public companies, companies subject to the reporting requirements of the Israel Securities Authority, boards of directors, and CEOs.

Hagit also advises companies on capital raising issues, including with respect to the publication of prospectuses and the issuance of bonds; board and committee meetings; purchase offers; compensation, options, and internal enforcement plans; shareholders’ agreements; the purchase and sale of shares; and commercial matters.

Prior to joining Barnea, Hagit worked in several leading Israeli law firms. In addition, she served as a teaching assistant at the Ramat Gan Academic Center Law School and at the College of Management.

Hagit is a member of the Securities and Capital Markets Committee of the Israeli Bar.

Member of Israel Bar Association since 2001

Appointment of an Auditor – New Statement on Required Disclosure

According to a new ISA legal position, convening a general meeting of shareholders to vote on a public company’s appointment of an independent auditor requires expanded disclosure.

Between an Offering Prospectus and a Shelf Prospectus

Everybody who invests wants to make gains. The incredible year the Tel Aviv Stock Exchange and many other exchanges worldwide have had has inspired many to leave their comfort zone and become a part, even if only a small one, of the money flooding the capital market.

However, it is common knowledge that all investments involve risk and that one must learn as much as possible about the channel one chooses to invest in beforehand.

The prospectus is a popular way to obtain comprehensive, reliable information before investing.

What Is a Prospectus, and Who Is in Charge of It?

A prospectus is a document intended to reflect to potential investors all important and material information about a company embarking on an offering.

The information the company must provide is divided into three main categories:

Description of the securities – For example, if a company wishes to offer shares, the prospectus must include the number of shares for sale, the shares’ total value, the shares’price , the offered shares’ part of the company’s value (in percentages), etc. The company must also state how to buy the shares, whether some shares are allotted to a specific buyer, the purchase timetables, the payment terms, etc. Sometimes, the company may decide to publish a “preliminary prospectus” to gauge market conditions and then publish the final terms of the securities and the timetables for buying them in a document known as a “supplementary notice.”

The prospectus has four key objectives: to give investors information so that they make rational investment decisions; to deter the company and its executives from inappropriate behavior; to encourage public trust in the capital market; and to increase efficiency in the securities market.

There are two main types of prospectuses:

Publication of this type of prospectus comes close to the initial public offering (IPO), or when a company that already issued securities to the public (a “reporting corporation”) wishes to raise capital from the public through a securities offering but does not have an effective shelf prospectus (see below). In some cases, a company may issue a “preliminary prospectus” followed by a “supplementary notice.”

Instead, it requires only the Tel Aviv Stock Exchange’s permission to list the securities offered under it for trade. This means that the process of drafting a shelf offering report and the initial conditions for publishing it are much shorter compared to an offering through an offering prospectus. Nowadays, companies may publish a shelf prospectus before they become reporting corporations, so most companies publishing an issuing prospectus combine it with a shelf prospectus.

As noted above, the prospectus mainly seeks to prevent unlawful actions and investor deceit. The aim of the prospectus is to bridge the significant knowledge gap that naturally exists between senior company officers, who know the business operations and the market the company operates in inside and out, and investors in the company.

So, where can one find examples of prospectuses and shelf prospectuses by companies undertaking capital raising or an offering? Both the Israel Securities Authority and the Tel Aviv Stock Exchange publish various types of company prospectuses on their websites.

Adv. Hagit Ross is a Partner in the firm's Capital Markets Department.

For any additional questions, Barnea law firm is at your service.

See all news of Hagit Ross >