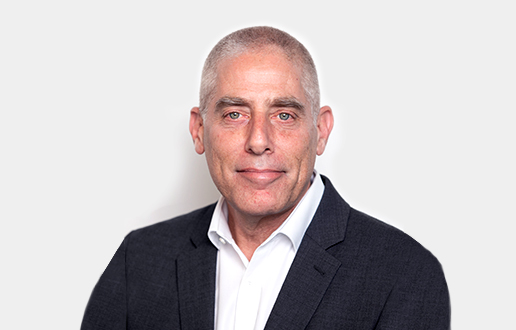 Ken has over 20 years’ experience in providing ongoing legal services to corporates and commercial entities.

Thanks to his many years of activity in business development, management of startup companies, and investment in corporations, Ken supports entrepreneurs and startups from the project launch phase through to the exit phase.

In the course of this activity, Ken advises on issues related to setting up companies and raising funds for their activities. He also counsels on ongoing commercial issues, including licensing and intellectual property, distribution and cooperation agreements, research and development agreements, regulation, and so forth. Ken’s clients operate in a range of high-tech fields, with an emphasis on pharma, biotechnology, medical equipment, and cleantech.

Ken has served as in-house counsel for leading companies, including El-Al and Dexcel Pharma. He has also worked and served as a partner for a number of leading law firms.

In addition, Ken managed various startups in the course of his role as vice president of Yissum Research Development Company of the Hebrew University, as well as CEO of various companies in the areas of cleantech, biotechnology, and medical equipment.

Member of Israel Bar Association since 1991

Comments and Insights on the Capital Structure of Startup Companies

In the regular corporate world, the capital structure of a company usually means the ratio between the company’s equity (money the company’s owners invested in it) and debt capital (external funding injected into the company by banks and other loans).

For technology companies, however, the term “capital structure” usually refers to the division of the company’s ownership among the entrepreneurs and investors subsequent to the investment rounds in the company.

Thus, holding 50 shares of a "regular" company that has 1,000 issued shares represents ownership of 5% of the company’s shares and entitlement to receive 5% of its distributable profits.

However, if you hold 50 shares of a tech startup company that has 1,000 issued shares, this does not necessarily mean you are entitled to receive 5% of the proceeds in the event of an “exit” and the startup’s sale to a third party. Over the years, investors and entrepreneurs in startup companies have developed ownership structures that bear no resemblance to the ownership formula used in “regular” companies.

When a group of friends wants to launch a startup, and they start thinking about how to divide the company’s ownership among themselves, they should take into account the following considerations:

-The time each founder invested in the company before its formation.

-What each “sacrificed” in order to devote themselves to the company.

-The time each devoted to the company either in a full-time or part-time capacity.

-The skills each bring to the company.

-The market values of the skills each founder brings to the company.

-The capital, if any, each founder contributed or will contribute to the company.

For the most part, however, founders divide the shares among themselves equally. Thus, in a case of three partners, for example, each will receive one third of the company’s shares. Equal division among founders is the default for most entrepreneurs, mainly due to the desire to proceed swiftly and avoid debates that seem superfluous at the time. However, avoiding in-depth discussions of these issues usually only delays the inevitable haggling.

Timing of the company’s formation

It is advisable to form the company as early as possible. During the initial stages, before the process of creating value has begun, the founders’ shares may be assigned a low or negligible value. At this stage, it is possible to show the income tax authorities that the price at which the company’s shares were acquired is the fair value for these shares.

Impact of a capital recruitment on the capital structure

When a company starts recruiting equity from external investors, the founders’ shares are diluted. Dilution is the loss of a relative holding ratio of the company’s shares when external investors purchase shares.

Although entrepreneurs are inclined to focus on the negative aspects of dilution, it also has positive implications:

-The value of entrepreneurs’ shares of the company rises.

-The company is then capable of growing using the investors’ money.

The seed funding round

Technological incubators are another source of funding during the seed funding round. Concessionaires that won a tender published by the Chief Scientist of the Israel Innovation Authority operate these incubators. The incubators support the activities of companies that won state funding, in consideration for between 20% and 40% of the shares of those companies.

The class of shares to be issued to investors

The volume of the investment rounds

Since the seed funding round usually entails higher risk than all subsequent investment rounds, it is also usually the most expensive round for the company. This means that, in exchange for receiving a relatively small amount of seed funding, the company’s founders must hand over a significant ratio of their ownership of the company to investors. Consequently, it is advisable not to try to recruit more seed funding than is necessary to enable the company to reach the next investment round, when it will be able to recruit more money in exchange for a smaller ratio of ownership of the company. (This piece of advice also applies to all subsequent rounds.)

Nevertheless, experience has shown that the actual R&D, marketing, and sales costs rarely stay within the realm of the founders’ forecasts. Therefore, as part of our recommendation to recruit only the seed funding that is critically needed, we also strongly advise founders to factor in a scenario whereby progress in the company is less optimistic.

-What should the current company valuation be for the purpose of recruitment before the round, i.e., prior to the investment?

-What sum of money do we need during this round?

-What holding ratios will be retained by the founders and previous round’s investors?

Unfortunately, entrepreneurs’ optimism when building a company often bears no resemblance to the reality. Potential issues include problems during product development, delay of the sales launch or sales do not take off as expected, problems staffing the development or sales teams, and, often, unsuccessful management of the company. Problems such as these affect the risk assumed by founders and investors and the chances of receiving a return on their investment.

When this happens, the company must recruit additional money. Sometimes, it must even do so at a lower company valuation than the one in the previous round. Such an event usually triggers an exercise of the preferred right granted to shareholders, which is price protection. Price protection is activated in order to protect investors in previous rounds when shares are sold at a lower price than what they paid for their shares.

Barnea is dedicated to providing a full range of legal services to emerging companies and startups. We are at your service for any questions you may have during your startup's life cycle.

Startups: How Much Is Your Invention Worth

Licensing Agreements Are the Cornerstones of Technology Companies Based on Intellectual Property.

How Is the License Valued?

The value of the license is the sum for which the "licensor at will" sells the license to the "licensee at will." However, how do the parties know how much to ask for or how much to pay for the license? How do companies know if investment in a certain license is worthwhile? These questions are particularly pertinent for licenses that will only bear fruit a few years later.

Because of the difficulty in assessing the value of a license at the time of executing a contract, its value is generally set as a percentage of the sale of products that rely on the invention for which the license is granted. These percentages are called a "royalty," and they constitute a model for distributing profits between the inventors and the technology companies that use the invention to manufacture and market products.

How Is the Royalty Rate Set?

A study presented in Robert Goldscheider's famous article (some name the 25% rule for him, i.e., the "Goldscheider Rule"), which researched 15 of the world's leading industries as well as successful licensing agreements between the years 1980-2000, found that the external royalty rate was 4.3%, which constitutes about 26.7% of the average operating profit.

A later study by the accounting firm KPMG's Global Valuation Institute, in 2012, tested the validity of the 25% rule and the scope of its use, according to the customary royalty rate in 14 leading industries. The study found that even in the years after the Goldscheider article, the royalty rate for granting a license continued to meet the 25% rule.

However, it also found that the 25% profit rate comes from a company's EBITDA. Using EBITDA instead of operating profits results in a more accurate distribution of the company's profit as it derives from the license's contribution. This is because it takes out of the equation mathematical and financial considerations not necessarily related to the license's contribution to the profit made by the product based upon the license.

Understanding the source for determining the royalty rate is an important first step in calculating it. Evaluating the actual royalty rate depends not only on the customary profit or EBITDA in the relevant industry, but also on additional factors such as the size of the market the product targets, the date of the product’s entry into the market, and the investment necessary until the product hits the market.

For more information, contact a member of our High Tech team.

See all news of Ken Shaked >