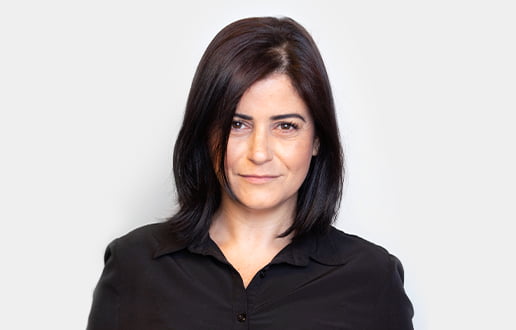 Specializing in real estate law, Terry deals with a variety of aspects of real estate transactions, including legal support in the field of income-producing real estate.

Possessing 18 years of experience, Terry advises on a wide range of projects and transactions, as related to entrepreneurship, financing, development, litigation, and more.

Along with providing legal support in real-estate transactions, Terry accompanies her clients in various commercial and ongoing issues, and represents them before various courts.

Terry previously served as legal counsel for and board member of Arena Star Group, and was responsible, among other things, for the company’s entire legal apparatus.

Terry’s clients include some of the largest real estate companies in Israel, real estate investors, private developers, and logistics and infrastructure companies.

Member of the Israel Bar Association since 2003

Our firm represented Azrieli Group, the largest income-producing real estate company in Israel, in the acquisition of Mall Hayam for NIS 1.31 billion.

Our firm represented the Azrieli Group in an agreement with SolarEdge to build the solar energy company’s new campus, at an investment of approximately NIS 860 million. The future campus will be built by Azrieli on a 6.5 acre site in Glilot North, east of the coastal highway (Road 2), which was purchased from private owners. Advs. Terry Almozlino Arnon and Alon Wolner represented Azrieli in the transaction.