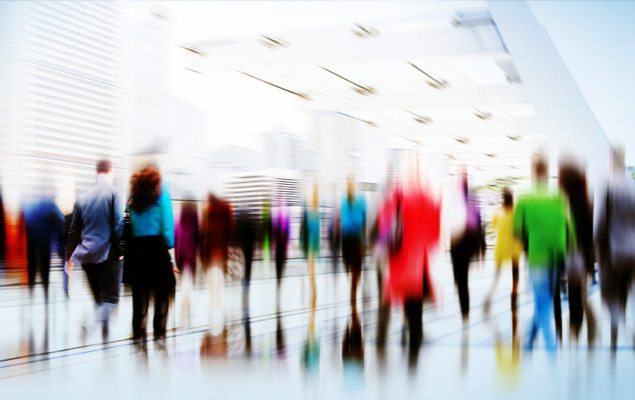 It has certainly been an interesting 2017 in the Israeli Hi-Tech world, here is a rundown of 5 highlights, in case you missed them.

This year’s acquisition by Intel of Israeli autonomous vehicle technology company Mobileye for $15.3 billion was not only the largest tech deal in Israel’s history, but it also propelled Israel into the limelight in the autonomous cars space. Israel, home to a plethora of startups active in the field (from GPS accuracy and sensors to cyber security), is now competing with the big boys in Detroit and Germany as the leader in the industry.

Doing its bit to help, the Ministry of Transport opened the new Road 531 exclusively for companies conducting trials for self-driving cars. Although there has been criticism that these pilots should be tested on public roads, this decision shows the government’s interest in supporting the Israeli hi-tech sector in the development of autonomous cars.

In a similar vein, in March, the Civil Aviation Authority of Israel (CAAI) made history and headlines when it made the unprecedented move of granting an Israeli startup the first right to fly fully automated unmanned commercial drones in Israel’s airspace.

Airbotics become the first company in the world to receive such kind of approval – putting Israel front and center of the global drone industry.

Although it was born in 2009 (when 1 Bitcoin was worth 5 cents), 2017 was the year that the first cryptocurrency – Bitcoin – exploded into the main stream market, rocketing in value to almost $20,000 per coin and then falling.

The jury is still out as to whether cryptocurrencies are a bubble, a money-laundering tool or have intrinsic value, and in Israel it has yet to be decided whether they constitute an asset or a currency, with both the Israeli Tax Authority (ITA) and Israel Securities Authority (ISA) considering their position.

In January, the ITA published a draft circular which suggested that the ITA was leaning towards defining these “tokens” as assets. For individuals this is not great news, as if this position is adopted, any profit generated on their sale will be taxable as a capital gain (25%), whereas if the “token” was classified as a currency they would be exempt. On the other hand it is believed that the ITA is contemplating concessions for reporting such capital gains, from the current monthly reporting obligations to the ITA to every 6 months or a year.

The ISA is also in deliberations and has yet to decide whether digital currencies constitute a security for the purpose of Israel’s security regulations. We imagine the ITA and ISA are conferring on this matter. We also imagine that the ISA will take a similar position to that of the US Securities and Exchange Commission (SEC), i.e. “What’s in a name?” Calling a cryptocurrency a “coin”, does not render it a currency rather than a security, the nuances of each “coin” need to be analyzed. In other words, while some cryptocurrencies such as Bitcoins that are used like fiat money may be viewed as a currency, other tokens which offer the public a right in the issuing company or its technology, would be viewed as a commodity and subject to securities regulations.

The cryptocurrency bug has certainly caught on, and if December’s rumors are to be believed the Israeli Ministry of Finance and the Bank of Israel are looking into an official Israeli state cryptocurrency, following in the wake of Sweden, Japan, and China, which have announced an interest in doing the same.

On a similar subject, the number of Initial Coin Offerings (ICOs) (the first of which was held in 2013) experienced a massive boom in 2017 with some raising serious capital (Filecoin raised $257 Million and Tezos raised over $232 million).

In brief an ICO is the means by which startups (typically those engaged in blockchain technology) raise funds, not in consideration for shares, but by selling their own cryptocurrency (in the case of Tezos, the Tez (XTZ)). The original idea was that a startup could crowdsource the public and sell its digital “tokens” in exchange for legal tender or other more established cryptocurrencies, while bypassing both the regulations applicable to securities as well as the necessity to grant any rights in their company, for example voting and dividend rights.

The question however was raised again, is it a scam?

China’s answer was to ban ICOs and the SEC ruled that if the “tokens” being offered constituted commodities, the relevant ICO would be subject to federal securities regulations. Singapore followed the SEC’s lead and it is expected that Israel will follow suit. The ISA established a committee to examine the applicability of domestic securities laws to ICOs which is scheduled to give its opinion shortly, and again the expectation is, if it quacks like a duck…

With data being equated to oil and power in today’s world, privacy and data protection has been on everyone’s lips.

The amount of “bits” being processed on us to create actionable intelligence is staggering, and the regulators are out in force seeking to protect our personal information.

While, the new European General Data Protection Regulations (GDPR) which will come into force in May 2018 and its frightening fines have overshadowed local legislation, it should be noted that 2017 saw the introduction of Israel’s new Protection of Privacy Regulations (Data Security) 2017. These Israeli regulations will also come into force in May 2018 and address the security requirements and procedures to be adopted by anyone who owns, manages or maintains a database in Israel. The regulations classify databases into four levels, each subject to increased security requirements, and provide when a data breach is to be notified to the Israeli Law, Information and Technology Authority (ILITA) and when to data subjects.

While this transparency on data breaches is commendable, we imagine that class actions are waiting in the wings.

More often than not, upon a sale of a company, part of the consideration is held back and payable upon, and subject to, achievement of certain milestones (for example, development of technology, achievement of a sales targets or profits etc.) This is particularly true in early hi-tech exits, where the underlying technology is not always ripe or proven.

However, to date, the ITA’s formal position was to tax the sellers for the entire consideration on the date of signing the sale agreement. If the contingent payments were never paid (or not paid in full) the seller was then faced with the uphill battle of seeking reimbursement from the ITA for the applicable portion of the tax already paid at signing.

Thankfully, it seems the ITA has had a change of heart. According to its draft circular published in November, the ITA is considering splitting the tax due on the sale. The tax will now only become payable when the relevant portion of the consideration is actually paid to the sellers, or becomes certain, all subject to the prior approval of the tax assessor.

If this position is formally adopted by the ITA, it will mean that sellers will have less tax liability and more cash to play with on day one.