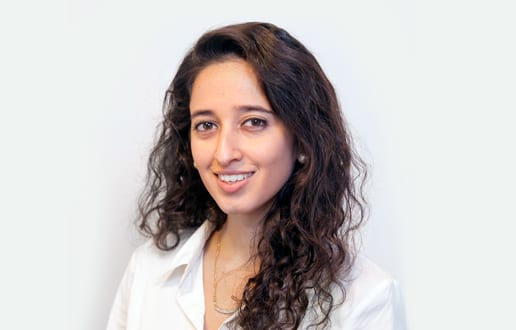 Shir specializes in regulatory enforcement and white-collar matters in Israel and abroad.

Adv. Shir Rozenzweig  represents companies and individuals in a wide range of complex criminal and administrative enforcement proceedings, from the investigative stages to hearings and trials.

Member of Israel Bar Association since 2018

The Ultimate Guide to eDiscovery

In the past, legal proceedings were often accompanied by boxes of binders being passed between plaintiff and defendant, or prosecution and defense. Today, most documents are provided to the parties electronically.

This has opened the door to an era of massive discovery of thousands different kinds of documents of between the parties (Word documents, PDFs, Excel spreadsheets, emails, photos, and audio files), which was uncommon in the days of paper and binders. Thus, reviewing the documents provided by the other party, analyzing them, and identifying the materials necessary for the proceeding has become more and more complicated and requires a significant amount of time and resources.

The transition to electronic discovery has prompted companies to develop electronic tools to store and manage documents disclosed in the course of legal proceedings. As a result, eDiscovery systems were born. Through these systems, which are for the most part operated by designated companies who specialize in this, the manual review is replaced with artificial intelligence and search terms, and the binders are replaced with computerized folders organized by categories.

The costs involved in this new ideal are considerable and primarily depend on the size of the documents uploaded to the system, the number of system users, and the number of programming hours, according to the demands of the client. At the same time, in cases that involve the discovery of tens and hundreds of thousands of documents, the cost might be worth it in light of the saved time and the optimization of the evidence review and search.

In the United States, for example, eDiscovery has become the norm, so that disclosing and transferring documents to the other party is done directly through the eDiscovery system.

How to do this properly?

Proper management and organization of documents is a responsible and highly useful step. It will save precious time by providing efficient and effective familiarity with the evidence throughout the legal proceeding, and will also lead to the highest quality legal strategy. In addition, managing such information will eliminate and reduce conflicts between other parties to the proceeding in terms of discovery.

An Opportunity for Regulators

The Israel Securities Authority's current enforcement policy forces officers and companies that have acted in good faith to prove as much in an administrative enforcement proceeding. Check out an opinion article by Dr. Zvi Gabbay and Shir Rozenzweig published in TheMarker about how regulators can adjust this policy.

The Offense of Bribery

Enforcement authorities have attempted in recent years to increase their war on bribery and corruption. We therefore have seen a number of elected officials investigated for such offenses, viewed as some of the most serious among white-collar offenses. But what is the definition of bribery in Israeli law and what are the maximum penalties for it?

The offense of bribery, which was enacted in sections 290–291 of the Israeli Criminal Law, is committed when a public official receives something of value from another person, for which the official is expected to reciprocate in a manner that may influence his or her discretion as a public official. Such actions present a conflict of interest for the public official, inherently compromising public trust and the proper functioning of public administration.

In order to establish the elements of the offense of bribery, three factual components must be shown:

A benefit that could be viewed as a bribe – It must be proven that something of value was given to the public official. The thing of value may be money, the equivalent of money, a service, or another benefit, and it may be given before or after any consideration is received. In this context, it should be noted that a wide range of benefits may be considered a "bribe." For example, the prosecution’s position, as reflected in the indictment against Noni Moses in the "2000" affair, was that improving the media coverage of Israeli Prime Minister Benjamin Netanyahu with the Yedioth Ahronoth group constituted a "bribe." Whether or not this will be accepted by the courts is yet to be determined.

The taking of something of value is done in exchange for an action related to the public official's role – Here it must be shown that there must be a relationship between the thing of value that was given to the public official, and his or her role as a public official. This must be contrasted when something of value is given to a public official in his or her capacity as a private citizen alone. An issue that has come up repeatedly in the relevant case law, and most recently regarding the late politician Fu'ad Ben-Eliezer, is when something is given for mixed purposes. In this situation, it is argued that something of value was partially given for legitimate purposes and partially for illegitimate purposes. In the Ben-Eliezer case, the court examined under which circumstances transferred funds could be seen as bribery money, even if the funds were transferred between friends. The court listed several indications for the existence of an illegitimate purpose on the giver's side that were not due to his friendship with Ben-Eliezer, including the high sum of money that was transferred, its backing with a loan agreement, and the lack of repayment by Ben-Eliezer. The court ruled that in those circumstances the funds could be considered bribery.

This interpretation was discussed at length in the context of donations. For example, in the Holyland Case, in considering Uri Lupolianski, who was convicted of taking a bribe when transferring funds from the bribe giver to the organization Yad Sarah, the Supreme Court held that the bribe giver does not need to be, at the time the donation was made, in need of the public official's services, rather, it is sufficient to show that the giver may need to be in need of the public official’s services in the future.

Moreover, there is no need for both the giver and the taker to be aware of the existence of bribery for the purposes of proving that bribery was committed. In other words, the offense of bribery may be complete even if the public official was not aware of the intent to bribe him or her and even if he or she provided no consideration to the bribe giver. Thus, for example, in the Holyland Case, it was held that a bribe giver may give a public official a gift, such as a wedding gift or a loan, without the public official being at all aware of the possibility that this was done "in return for an action related to the public official’s role." Under such circumstances, the answer to the question of whether a bribe was indeed given derives from the will of the giver rather than the taker.

The other side of the coin is that there may be instances where the public official receives a favor or benefit as a result of the (wrongful) understanding that the giver of such gift intended to bribe the official. In such circumstances, the bribery offense has been committed by the public official, to the extent the official understands that a bribe was given for consideration related to his or her public role.

Therefore, in light of the broad interpretation given to each of the aforementioned components of what constitutes bribery, it must be noted that bribery cases are not restricted to the "classic" cases where envelopes are handed over under the table, for example. Rather, they cover a very wide range of cases and situations that may fall within the bounds of the offense, such as donations or strengthening personal reputation.

Furthermore, the offense of bribery also constitutes a "specified unlawful activity" pursuant to the Anti Money Laundering Law. Thus, prosecution for bribery may lead to prosecution for a money laundering offense as well.

Per the State Attorney’s guidelines regarding the sentencing policy for bribery offenses, the increased penalties reflect the seriousness of the offense, which is at the highest level of severity among corruption offenses. The substantial change in fines that may be imposed for this offense is designed to minimize the financial incentive at its base.

Correspondingly, we can infer a trend of stricter penalties from the case law as well. For instance, it was held that any person convicted of bribery ought to face imprisonment for a substantial period of time, and that the lack of a criminal record does not warrant, in and of itself, mitigation of the sentence. Similarly, as to bribe givers, the Supreme Court has held that although the sentencing bar is higher for a bribe taker than for a giver, the severity inherent in the giving of a bribe is immensely weighty. Thus, in certain circumstances, when the bribe giver is the cause of the corruption, he or she must be treated even more strictly than the taker.

See all news of Shir Rozenzweig >