This article is co-authored by Ariella Dreyfuss and Joshua Begner

In recent years, the warranty & indemnity (W&I) insurance product (often referred to as representation and warranty (R&W) insurance) has continued to mature and evolve. It has been tried and tested and has become a popular tool in M&A transactions. 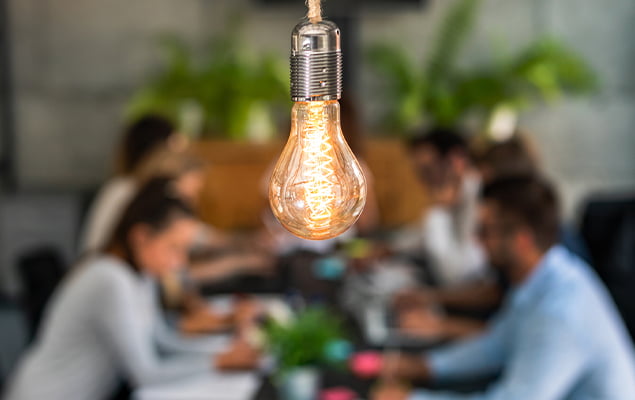 We have seen continued increase in the use of W&I insurance, particularly in Private Equity backed deals, and across the spectrum of transaction sizes. Insurance limits placed globally by Marsh in 2019 grew by 51% from 2018, and totalled $50.9 billion spread across 1,241 transactions.

In Israel, however, although use of the W&I product has grown over recent years (primarily on cross-border deals), we are yet to see levels of adoption matching those in the US, UK and Europe.

Sellers in an M&A transaction are required to make certain statements (representations and warranties) about the company they are selling, to paint the legal picture. For example, they will represent that the target company is not party to any litigation, that it holds all applicable licenses, and that it has complied with all data protection laws, etc. If, however, these statements prove to be incorrect, under a traditional share purchase agreement (SPA), the buyer can claim against the seller for any damages it incurs as a result of the inaccuracies. To use the legal jargon, the sellers are required to indemnify the buyer for such damages. The time period in which the sellers are on the hook to reimburse the buyer varies and can range from 12 months to seven years for certain fundamental and tax related representations.

Enter the W&I insurance product. Here a third party underwrites the risk of unknown and unforeseen inaccuracies in the representations and warranties. It gives the sellers a clean exit, i.e. the peace of mind that they will not be liable going forward for breach of warranty claims and full access to their part of the sale proceeds, rather than having a portion tied up in an escrow account.

While policies can insure both buyers and sellers in a M&A transaction, the policies are almost exclusively purchased by the buyer (although it is common for the process to be kicked-off by the seller appointing a W&I broker to obtain initial terms, before the broker then ‘flips’ over to act for the buyer). This means that if there is a breach of the representations and warranties, the buyer sues the insurance company directly. The seller is not involved in the claims process in any way and the buyer is not required to sue the seller in order to bring a claim under the policy.

Importantly, and as evidence that the product is working in practice, in the last 18 months, insurance companies have made notable pay outs to buyers where a breach of a representation or warranty was found. In 2019, Marsh saw multiple insurance pay outs in excess of $20 million, the largest being approximately €50 million, and 84% of closed claims were paid out by insurers. Moreover, the average time between notification and settlement of claims has dropped to potentially under six months, depending on the complexity of the subject matter.

The Pros and the Cons

The purpose of W&I insurance is to cover any unknown and unforeseen breaches of the representations and warranties in a SPA. Known breaches, for which we often see a separate specific indemnity mechanism (for example a risk arising from a specific piece of ongoing litigation or a certain building permit that was not obtained) would need to be covered under a separate mechanism or a specific insurance policy. It is important to note that W&I insurance is just one policy available in the broader and evolving M&A insurance market that also provides cover for known risks, including under tax liability insurance policies and Contingent Legal Risk (CLR) insurance policies. Such policies, particularly in relation to tax matters, are increasingly popular in Europe and the US, especially where the risk of a specific liability crystallising is low/medium but in the event of crystallisation, the liability could be very high.

A common accusation is that W&I policies include too many exclusions, frustrating their purpose. However, as W&I insurance has become more popular, the number of insurers actively underwriting these risks in EMEA has increased from just eight in 2015 to over 30 today. The increased competition amongst insurers has led to an opportunity for the buyers to negotiate broader coverage with fewer exclusions. With global M&A volumes currently depressed as a consequence of the COVID-19 pandemic, insurers are keener than ever to provide competitive terms to be appointed to underwrite transactions.

In many M&A transactions, senior management are required to continue to work in the acquired company to ensure its success after the deal. These individuals typically hold equity in the acquired company and would be entitled to certain of the proceeds upon an exit. Accordingly, when an acquirer brings an indemnity claim against the sellers, it is effectively also suing its own management team. Traditionally, this has presented a real deterrent to a buyer bringing a claim. W&I insurance removes this obstacle, providing buyers with an option to seek recourse against a third party insurer rather than risking its relationship with its new management.

In the current COVID-19 climate, where we anticipate an increase in distressed transactions, W&I insurance may also help de-risk a deal for a purchaser if there is concern regarding the availability of sufficient funds to pay out an indemnity claim. It may also be a useful tool for a purchaser to make its bid more attractive to sellers and give it the competitive edge in a tender sale.

Negotiating the insurance policy happens in tandem to negotiating the transaction, and it has been argued that this complicates the process, adding another layer to an already tense period. However, a policy can be sought, negotiated, and purchased within 2-3 weeks (and even this can be compressed to shorter periods if needed). To obtain maximum benefit from using W&I insurance, buyers and/or sellers should start the process promptly, appointing and engaging with a W&I broker ideally at the start of the transaction. There is no cost involved in requesting non-binding indications of terms from insurers on a specific deal and this process can be completed within 48 hours. The W&I broker should become an extension of the deal team, helping to ensure the process is as smooth as possible.

From a process point, the purchase of the insurance need not be laborious. The insurer does not do its own due diligence of the target, but will review the buyer’s due diligence reports on the target (on a non-reliance basis). Following their review, the insurers will raise any follow-up/clarification questions on an underwriting call with the buyer and its advisors prior to providing a draft policy which will be negotiated by the W&I broker, seeking client instructions where needed.

All of this can be handled in parallel to the M&A negotiations and the W&I policy will come into effect immediately on closing of the SPA. The argument is that the insurance does not exacerbate tensions but reduces them, as the most sensitive escrow and indemnity terms can be taken off the table, helping to bridge any gaps between the buyer and seller(s). Indeed, the buyer can elect to purchase higher insurance coverage than the acceptable market liability cap for a seller in an M&A deal. This also takes some of the pressure off the negotiations on the language of the representations and warranties themselves (assuming they have been drafted in a reasonably balanced way). It is worth noting that underwriters are beginning to entertain fully synthetic representation and warranty coverage, where the representations and warranties do not form part of the SPA itself but rather are solely negotiated in the policy between the insurer and the insured.

It’s all about the money

The price for these polices is a one-time lump sum fee that will be due at the closing (the premium). Premiums vary depending on the risk profile of the deal, nature of the business and the jurisdictions involved, but current estimates for deals acquiring Israeli shares/assets is approximately 1-1.7% of the policy limit. Traditionally, the premium has been paid for by the buyer, however recently this has become a commercial point and the cost is often split equally by the buyer and seller.

The policy limits typically range between 10-30% (although anything up to 100% is available) and the deductible/policy excess is typically 0.5-1%, in each case of the enterprise value of the target. We also often see tipping retentions, mirroring the standard mechanism of a “basket” in an M&A deal, meaning that once the claim exceeds the deductible, the insured can claim for some if not all of the deductible amount.

While there is a cost to purchasing W&I insurance for an M&A transaction, there are benefits. For sellers and purchasers it provides peace of mind, on the one hand a ‘clean exit’ for the sellers and on the other hand a genuine alternative source of recourse for the buyer.

Joshua Begner is a former senior M&A lawyer and heads the Israel M&A insurance desk at Marsh. Joshua can be contacted at [email protected]