Trends In The TMT Industry 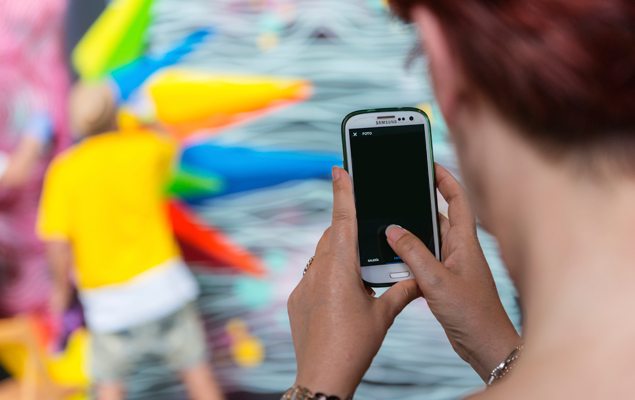 The Technology, Media & Telecommunications area is changing. We are now seeing new products, new services and innovation at a faster rate than ever before.

The Israeli government identifies TMT as one of the most robust areas of the Israeli economy today and it encourages multinational companies to develop their IP within Israel. The government provides tax benefits, funds and grants to companies who develop their IP in Israel, under domestic and international programs, agreements, treaties and collaborations. Programs are directed and funded via the Office of the Chief Scientist (“OCS”). The applicable legislation is the Encouragement of Industrial Research and Development Law. However, there was one aspect of this Law which, in fact, had the effect of discouraging international companies from moving their IP research activities to Israel. The Law restricted the transfer of know-how developed by companies under the program in Israel outside its borders, by setting a redemption fee which was very often undefined, thereby alienating international buyers from a potential investment or M&A.

Recent regulatory changes have reformed this contentious issue and it is now legally possible for know-how developed in Israel to be transferred outside of Israel, after receiving the approval of the OCS and the making of the payment of a predetermined transfer fee. Thus, more certainty has been introduced for interested parties.

Further reforms were introduced on January 20, 2014, when the Israeli Parliament amended the Patents Act, revising the patent term extension, and in March of 2014, the U.S. Trade Representative’s office removed Israel from the agency’s watch list for IP violations, which originally had occurred following pressure from the research based international pharmaceutical industry which was competing on the global stage with the local generic drugs based pharmaceutical industry.

The “cherry on the cake” in so far as reforms are concerned is that, as of 2014, under Israeli legislation, high-tech companies may pay as little as 9% tax instead of the current 26.5%. This constitutes a very attractive benefit for participating companies.

Israel is known to be one of the leaders in the ever-popular and continuously growing 3D printing sector. A new 2015 initiative funded by the OCS aims at using 3D printers designed to print metal components such as titanium for the aerospace industry, dental implants, bone substitutes, and more. This may effectively place Israel at the leadership of a new coming revolution of “self-manufacturing”.

Legislators will need to quickly adapt to these technological innovations. The major legal issues related to 3D printing not only revolve around intellectual property, but also with safety, product liability and data protection issues.

Digital blueprints will most likely be re-created and disseminated in order to print 3D replicas of protected products, or fabricate enhanced creations of existing designs and works of art. Law enforcement will also face new forms of crime involving the use of 3D printing of illegal, regulated or banned products.

As for wearable tech, companies which will allow their employees to use such wearables will be faced with issues related to trade secrets, data security and corporate espionage. Strict internal policies and guidelines will need to be put in place.

Many companies find themselves having to deal with patent and IP disputes, which of course can be damaging and costly for a company. So, proper planning should precede business activity. It is therefore critical for a company to decide whether to protect its IP with a patent, and if so, where to register the patent. Once it is approved, the patent allows the company to have an advantage in its field of business endeavour.

Patent litigation can be very expensive and time consuming. Before filing a patent infringement lawsuit, it is advisable to try to amicably resolve the matter by mediation and reconciliation, no matter where it may be initiated. An experienced, expert lawyer should be retained to represent the aggrieved company. However, if it is not possible to amicably solve the dispute, the company should seek a jurisdiction which is most favourable to it. The jurisdiction is usually determined by the defendant’s domicile, or where the infringement activity takes place, or if the result of the infringement activity will have an effect on a specific territory.

As regards Israeli companies, most of the sales and marketing efforts are typically focused in the USA, as would the protection of their IP. In the event of an infringement, it will most likely be litigated in the USA. Sometimes, the infringement may give rise to multi-jurisdictional litigation, thereby requiring claimants to seek favourable judgements capable of being enforced in other jurisdictions.

The Israeli telecommunication industry has been a major player in the technology development global arena. WiMAX, VoIP and TDMoIP, are shining examples of Israeli innovation.

Currently, the telecom market is rather concentrated and very competitive and opportunities are few. Any new joint venture, acquisition or merger will have to overcome the scrutiny of the Israeli Antitrust Authority and the Ministry of Communication. We should be expecting to see market convergence in the cellular sector with a drop to four operators in the coming years, as well as the continued dominance of the 2 existing TV operators despite the alternatives.

As a result of regulatory changes, broadband reform, and intense competition in the market, Israeli companies must seek wider markets abroad. Israeli companies are highly technical, yet they lack international sales distribution channels and marketing capabilities. Successful partnerships with global vendors and service providers lead to better performance, which is the reason why many Israeli companies seek such partnerships outside its borders.

Additionally, the rapid digitization of industries has led to the emergence of new telecoms services, such as cloud computing and mobile payment platforms. This has led to a significant change of focus by operators from vertically integrated business models to horizontally integrated business models. The objective is to create value by combining different segments and markets and replicating the features and capabilities of each market to the others. Further, operators will aim to digitize the core of their businesses thereby enhancing customer satisfaction, revenues and cost savings.