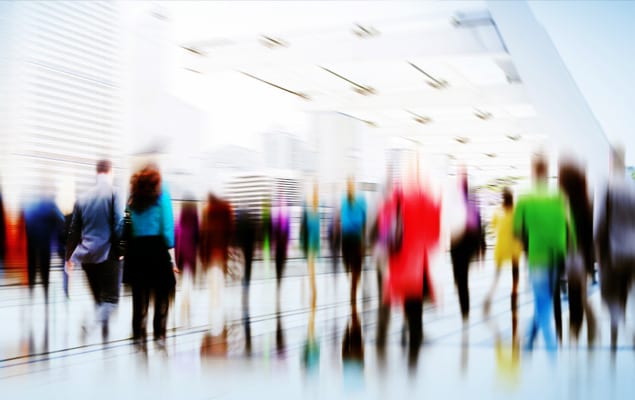 Crowdfunding is a model for raising small sums of money from an unlimited number of members of the general public via internet platforms. Although Israel was among the first countries to adopt the crowdfunding model at the end of 2015, actual activity was enabled only about two years later, when regulations came into effect provided for operative rules applying to crowdfunding and that defined the conditions for receiving a license to operate a crowdfunding platform.

Corporations seeking to raise money through a crowdfunding platform will not be obligated to publish a prospectus, as long as they were incorporated in Israel and are not obligated to disclose information to the public under Israeli securities laws, and provided that the offering is executed through a duly licensed company to operate the crowdfunding platform (an “Offering Coordinator.”).

In order to receive a license and operate such a platform, the Offer Coordinator is required, inter alia, to prove to the Israel Securities Authority that it possesses adequate technical know-how to operate the platform and that its business is adequately insured, to issue a deposit of ILS 100,000, to pay fees, and to adopt various procedures in its business.

In order to minimize and control the risk to investors during these unsupervised investments, restrictions were imposed in relation to the maximum investment that an investor can invest in a single investment and the cumulative number of investments per year. This number varies from one investor to another according to the size of his or her annual income. Restrictions were also imposed on the sum that may be raised through an Offering Coordinator, whereby any corporation may raise capital or debt solely through an issue of shares or debentures (as the case may be) at a volume of up to ILS 4 million per annum and, under certain conditions, may increase the sum being raised to up to ILS 6 million per annum.

During its fundraising campaign, which is open for viewing by the general public, a corporation in the process of raising money is required to provide details and data, including, inter alia, financial statements, a business plan, details of past and anticipated future investments with the company’s capital, engagements with interested parties, etc.

After the corporation has raised the capital, it will be required to file reports through the offering coordinator’s platform, in a lean format compared to the reports required from public companies. These reports include a report of all information that must be conveyed to the Companies Registrar, a report of changes in the holdings of a corporation’s securities by its controlling shareholders or officers, a report of any material change in its businesses, etc.

In the United States, the Jumpstart Our Business Startups Act (or the JOBS Act, for short) was enacted back in 2012. This act instructed the United States Securities and Exchange Commission (SEC) to adopt more lenient provisions in order to encourage and develop additional funding channels for small businesses. The main innovation of the JOBS Act is that it enables securities to be offered to the general public, including via the internet, without having to publish a prospectus—in contrast to the prohibition that was in effect for decades. The JOBS Act defines two crowdfunding models: Regulation Crowdfunding (Reg CF) and Regulation A+ (Reg A+). The difference between the models is the volume of sums that may be raised and the offer publishing requirements.

The Reg CF model allows up to about USD 1 million to be raised during a calendar year through a financial broker who is a licensed “crowdfunding platform” or a licensed “broker-dealer.” The information that must be published is quite general (and, unlike the regulations in Israel, does not require financial data). All other details may be disclosed through the platform, and all communications are conducted online.

The Reg A+ model allows companies to raise up to USD 50 million, based on limited disclosures and in a simple process, relative to companies issuing securities via an initial public offering (IPO) and publishing full prospectuses, which must undergo examination and approval by the SEC. Nevertheless, the offering document under the Reg A+ model is also subject to examination and approval by the SEC. Similarly to companies publishing a prospectus, companies raising money using the Reg A+ model are required to publish immediate and periodic reports to the public subsequent to an offering of securities. However, they are subject to leaner reporting obligations than those of public companies.

The crowdfunding platform is obligated to take reasonable measures to prevent deception of investors. Similarly to the crowdfunding restrictions in Israel, restrictions are imposed on the sums a single investor may invest, which derive from its income model and the capital in its possession. The JOBS Act also imposes no restriction on the trading of securities purchased via the Reg A+ model, but sales of securities purchased via the Reg CF model are prohibited for a period of one year.

Consequently, Israeli legislators should find ways to make the crowdfunding channel more attractive, for both investors and for the companies seeking funding. This could be achieved by regulating a secondary market for securities being issued within the framework of crowdfunding, by also enabling corporations and not only individuals to invest, and by considering the investor’s equity when defining the maximum investment that will apply to him or her (rather than considering only his or her annual income). The regulation of a secondary market for securities of corporations seeking to raise capital will require legislative amendments, while also taking into account many important considerations, including the imposition of restrictions on investments, the roles and authorities of the offering coordinator in the secondary market, the volume and type of information that must be disclosed to the public, etc.

The disadvantages of the abovementioned, and particularly of the secondary market, are tangibly felt by corporations seeking to raise capital, and mainly by investors, due to their inability to trade the securities purchased, and the fact that they can only realize their investments upon an exit. It appears that these factors are dampening the attractiveness and impeding the latent potential of the crowdfunding channel.

A number of Offering Coordinators in England and in the United States have already opened a secondary market for the purchase and sale of securities of corporations that raised money through crowdfunding platforms. For example, the crowdfunding platform Seedrs in England developed a secondary market with a trading window of one week, which is opened monthly, during which users of the website may trade their securities.

There is no doubt that Israeli legislators acted wisely when they decided to anchor the crowdfunding model in Israeli legislation, which enables startups and small and medium-sized businesses to raise money from the general public, and which makes accessible to the general public investment opportunities that were, for the most part, previously reserved only for sophisticated or institutional investors. Nevertheless, Israeli lawmakers should not fall asleep on the job and must continue the innovative legislative momentum they initiated.