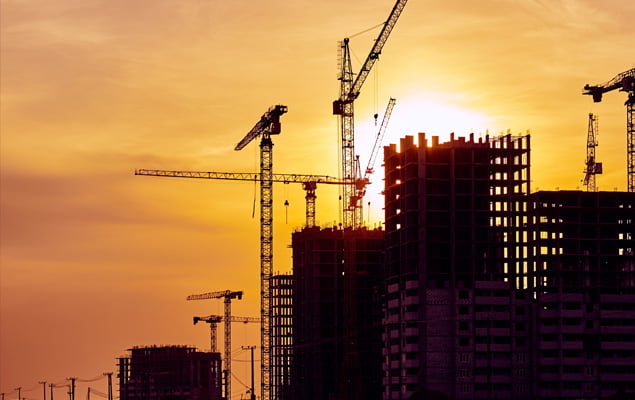 The housing shortage in Israel and the issue of urban renewal are constantly on the public agenda. This past year, there have been many discussions about the actions that must be taken to initiate and carry out urban renewal projects – both evacuation and reconstruction (Pinui Ve Binui) projects and NOP 38 projects – so that the dream of many apartment owners in Israel, whose apartments are located in old and dilapidated buildings, will come to fruition.

At the end of the 1990s, the Israeli Ministry of Construction and Housing wisely took charge of Pinui Ve Binui and decided that buildings of at least 24 housing units could be declared properties qualifying for a “evacuation and reconstruction” project. However, due to obstacles and barriers to executing such projects, very few “evacuation and reconstruction” projects have been successfully completed since then, and even those that were successful had to undergo many obstacles before completion. These projects face many procedural problems, such as dealing with a large number of tenants, as well as various planning problems, such as the lengthy procedures that must be followed in order to obtain plan approval and a building permit for the project from the local or district planning and building committee.

Israelis are very interested in NOP 38 since the National Outline Plan was created in 2005. This plan brought good news to the real-estate sector – buildings constructed prior to January 1980 and found to be in need of seismic retrofitting became eligible for an NOP 38 project, with developers receiving additional building rights.

At the outset, the concept sounded optimistic and straightforward. Since everybody benefits, the feeling was that all should be enthusiastic about launching such a project. And indeed, many developers, both large and small, began promoting NOP 38 projects, and many apartment owners began taking an interest in the possibility of launching such a project in their own buildings.

But, over the years, NOP 38 projects have proven to be very complicated and have little chance of success. Indeed, just like with “evacuation and reconstruction” projects, at issue is a combination transaction carried out between a triad of stakeholders—developers, tenants, and the authority.

The developer receives building rights and may file an application for a building permit by virtue of the NOP 38, without needing to invest resources and time in promoting a detailed plan (as is required in an “evacuation and reconstruction” project), and receives tax benefits for the project from the State.

The authority receive renovated or new buildings complying with the standard for earthquake protection.

However, one of the major problems in urban renewal is the fact that one of the stakeholders in the triad, the authority, is itself comprised of two components with opposing interests: the State (the parliament and the government) and the local authority (the municipality), which is responsible, inter alia, for issuing the building permit to execute a project.

While the State can mark “completed” alongside every building retrofitted against earthquakes and enjoy a hefty inflow of taxes resulting from the completion of an NOP 38 project, local authorities realize that they have been excluded from the party.

On the contrary, these projects pose new and complex challenges to local authorities, including:

(2) they receive no funding to make the necessary adjustments to existing infrastructures and, as a consequence, shortages are created in educational institutions and community centers, there is a lack of parking spaces, the traffic congestion increases, etc.;

(3) the payment that a municipality receives from such a project is much lower than that received by the State, mainly because building rights under NOP 38 projects are exempt from betterment tax; and

(4) the cost to a municipality in respect of every resident added within the scope of a project is very high and the municipality is not adequately compensated for this.

When such a major and decisive stakeholder does not benefit from promoting an urban renewal project, but rather the opposite, it is not surprising that local authorities are delaying the licensing proceedings, imposing restrictions on developers, and, in some instances, temporarily freezing the issuance of building permits.

An “evacuation and reconstruction” project, on the other hand, is far more worthwhile for a local authority than an NOP 38 project. When an urban area is designated for an “evacuation and reconstruction” project, this naturally provides a solution for several buildings simultaneously and includes the construction of public buildings, the renovation of access roads and existing infrastructure at the developer’s expense, and the addition of parking spaces at the number required by the municipality.

Added to this is the recently enacted amendment to the Evacuation and Reconstruction Law. The purpose of this amendment is to impose order in this sector and encourage ventures, as well as to impose order in communications between the developer and tenants and provide guidelines for developers when they encounter recalcitrant tenants, including the elderly.

And what about the planning process? There are major differences in the planning processes between the ventures. While the time frame for approving a plan declaring an “evacuation and reconstruction” site is expected to be shortened, due to support from the State and the local authorities, the time frame for receiving a building permit for an NOP 38 project is still extremely long (approximately three years in Tel Aviv, for example). Furthermore, the authorities are still quite indifferent to the severe hardships and damages being caused to the tenants and to the developer due to the fact that, when promoting an NOP 38 project, there is substantial uncertainty whether a building permit will actually be received.

Consequently, it is not surprising that developers capable of shifting their operations from promoting “problematic” NOP 38 projects to initiating a single “evacuation and reconstruction” project, will do so. This does not mean that NOP 38 will eventually die off. For example, in congested urban areas in “Gush Dan” (central Israel), where most NOP 38 projects are being carried out today, it is not possible to plan “evacuation and reconstruction” sites. Therefore, the only option left is to renovate every single old building on an individual basis.

The change expected in developers’ operations, if any, will cause more years of delays in the seismic retrofitting and renovation of buildings that are suitable only for NOP 38 projects. The task of saving NOP 38 is largely imposed on the authorities, such as by the State providing incentives to local authorities in respect of every building permit approved for an NOP 38 project. We can only hope the authorities will wisely do so in 2019 to ensure a better new year for Israeli cities.